Written By Call To Action 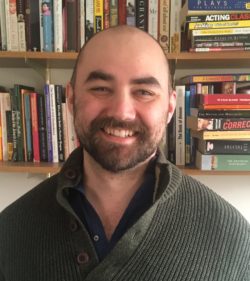 Chicago, IL: Call To Action is pleased to announce the selection of Zachary “Zach” Johnson as its new Executive Director. Johnson was selected after a national search process and will take over the role on March 27 from David Saavedra, who has served as the organization’s Transitional Executive Director since January, 2017,

Johnson has a long history in the Catholic social justice community. He comes to Call To Action from the Salvation Army Harbor Light Center, Minnesota’s largest homeless shelter, where he directed programming. Johnson organized and hosted the 2016 national Faith and Resistance Retreat on Racial Equity, and he has worked with the Catholic Worker Community, Minnesota Neighborhoods Organizing for Change (NOC) and the Minnesota Harm Reduction Coalition. He is a regular guest speaker on topics of homelessness, social justice, anti-racism, and applied ethics. Johnson is a graduate of Viterbo University in La Crosse, Wisconsin.

“We are delighted to bring Zach on board at this point in Call To Action’s development, and this point in our nation’s history “ says Marian Fredal, Call To Action Vision Council Secretary. “His diverse experience directly serving those who are marginalized in our society while working to change the systems that push people to the margins in the first place, is a living example of Call to Action’s mission to pursue justice in our Church and in our world.”

“I’m especially excited to join Call To Action as we begin to explore resistance to injustice,” says Johnson. “Jesus’ parable of the sower is apt in these times. All around I see resistance with roots in rocky soil: it grows and dies quickly. Or it’s met with doubt and ignorance: seed sown and choked out by thorns; or ambivalence: seed sown on the path, eaten by the crows. For resistance to succeed, it must be rooted in rich soil, and I look forward to working with our members, colleagues and allies across the country to establish a rooted resistance.”

Together, let us be the the church we know is possible! Join the transformation.